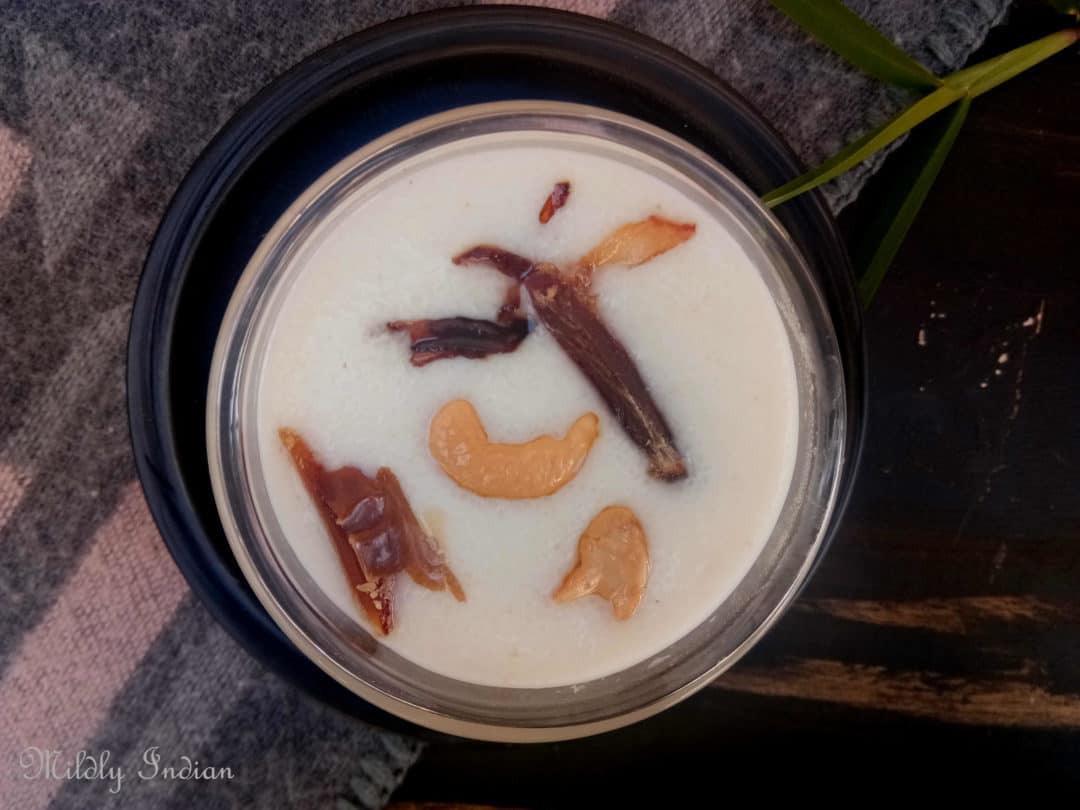 The amazing memories of fasting and feasting during my dear old Calicut days are never complete without a glass of thari kanji. This semolina based preparation is the next common item on an iftar table to the cooling watermelon and mandatory dates. Still holds the simplicity and beautiful flavour of Malabar cuisine. Every season of iftar, the flavour of thari kanji revisits my memory and I make it more often. Sometimes it is such a comfort to gulp down than a cold smoothie on a winter day. 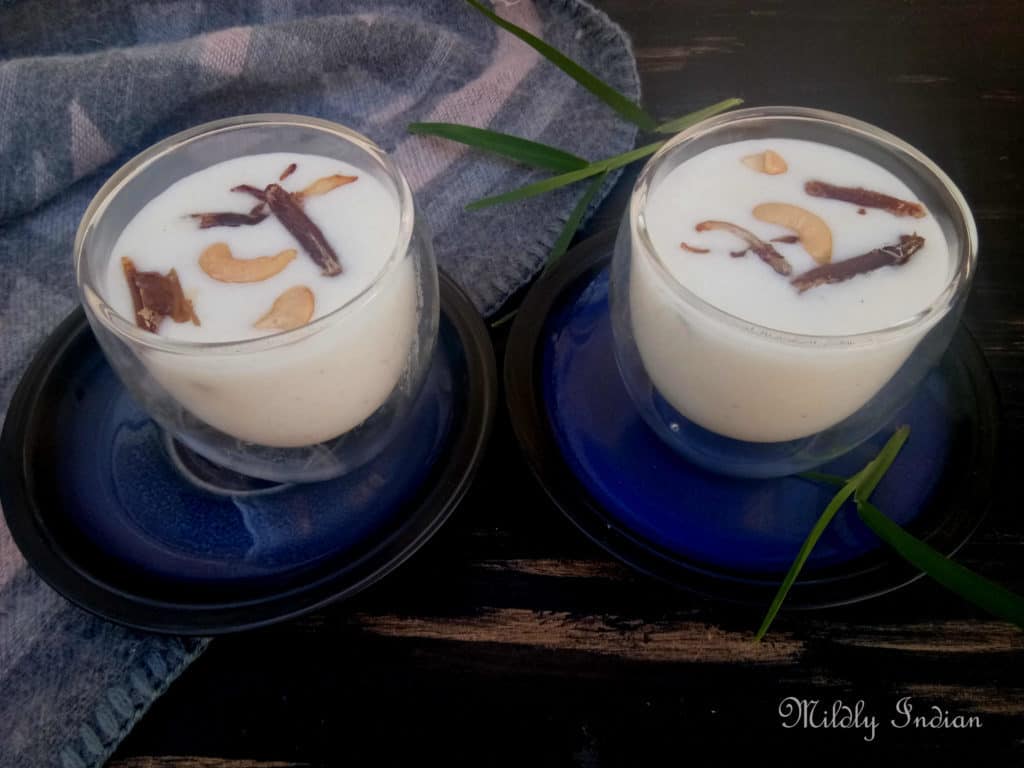 Malabar cuisine is such a beautiful amalgamation of cuisine from different middle eastern countries due to the extensive spice trade. This richness in history brings for the culinary finesse to this region as well.
When the coconut, the black pepper, cardamom and other spices added on from the Kerala coast, the cuisine blossomed into one of the best.
From my point of view, there is no other kitchen which can beat the industriousness of a Malabar kitchen. Layers of flavour, the thinness of the pathri, the richness of the masalas and perfect texture of the short grain Kaima or Jeeragashala rice. This is an unbeatable combo. Saying this the spread on a Malabar table will have such heavy dishes paired with simple filling drinks that you will be so full soon. One such is the thari kanji.

Here is the recipe for another dessert tea, The Malabar spiced tea -Sulaimani 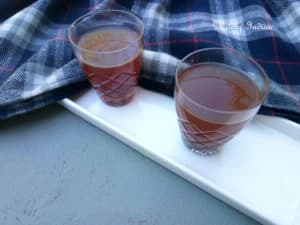 Back to the recipe

The aroma of the roasted semolina is not what you will experience in the recipe, but that of the roasted shallots and subtle cardamom.  The fried shallot in the topping is unique to Malabar and adds a distinctly sweet flavour. Often sweetened with sugar which I have avoided today, this sweet preparation is flavoured with chopped dates. Try this preparation today and experience the simple side of Malabar cuisine. Someday I will add more complicated ones.
Don’t forget to subscribe to this blog or stay in touch via our FB page. Here is the link
@mildlyindian 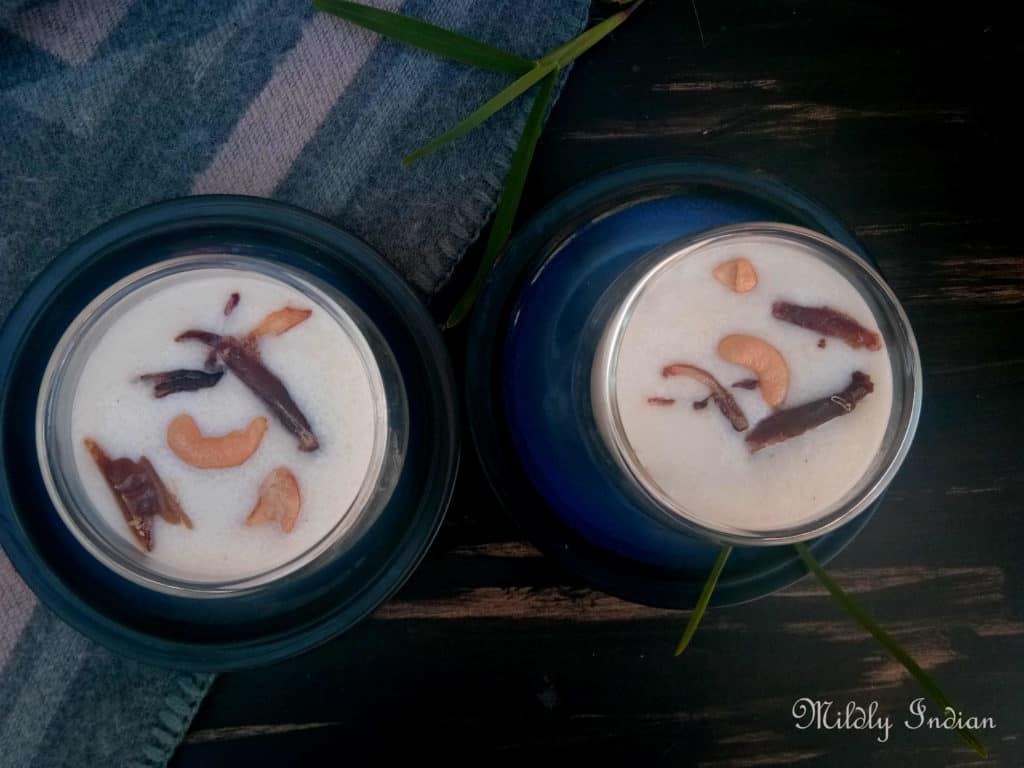 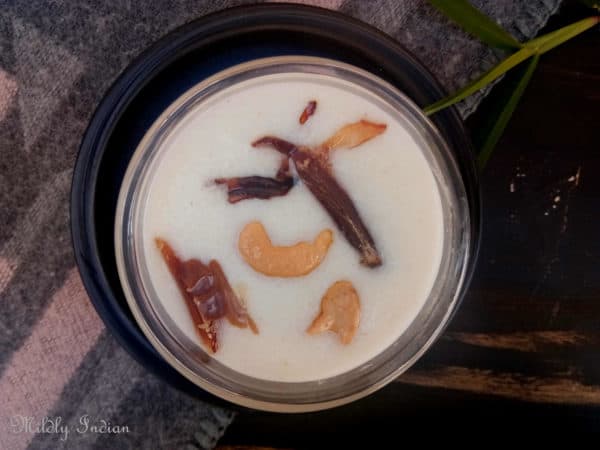 You can make the same recipe with milk too. It is just a preference.

If using fresh coconut milk use the thinned out (second ) milk to cook the semolina and then add the thick milk as soon as you remove from heat. 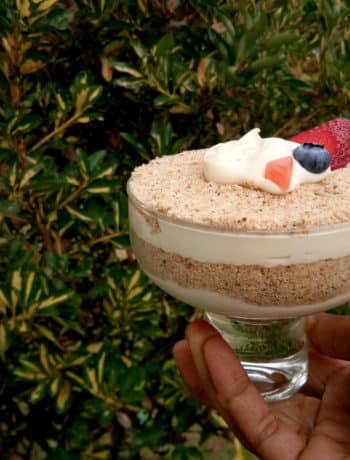 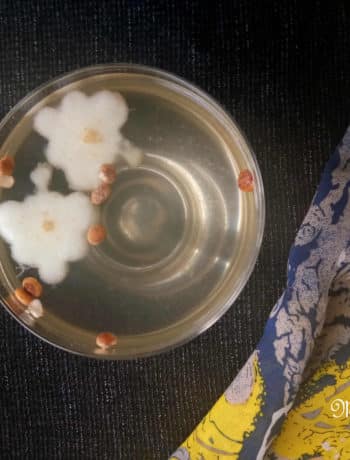 Baesook from the Korean royal court 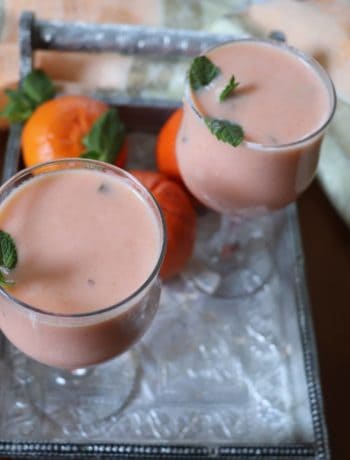